A unique partnership between Chef Anton Mosimann, OBE, and Swiss Education Group, gives students a taste of his personal collection of culinary artifacts, including historical cookery books, pictures, medals, original recipes, and an elaborate menu collection from great establishments around the world. Situated in Le Bouveret, on the campus shared by César Ritz Colleges Switzerland and Culinary Arts Academy Switzerland, this extraordinary collection is open for all to see, touch, and experience these timeless and unique treasures.

Born in Solothurn, Switzerland, Anton Mosimann, who often sports a bow tie, is able to look back on a brilliant career. At the age of 25, Swiss Chef Anton Mosimann was one of the youngest Chefs to receive the coveted Chef de Cuisine Diploma. At 28, he was appointed Maitre Chef des Cuisine at the Dorchester Hotel in London. During his thirteen-year tenure he was awarded two Michelin stars. He has led the culinary teams serving five British Prime Ministers, from Margaret Thatcher to David Cameron, as well as four generations of the British Royal Family. Since October 1989, Anton has run Mosimann’s, an exclusive dining club in London, which successfully unites passion for good food and fine wine. In 2011, Mosimann’s was entrusted with providing the food for the evening reception following the wedding of Prince William, Duke of Cambridge, and Catherine Middleton. In addition he was the catering partner for the three latest Olympic games.

generations of the British Royal Family

A lifetime of exploration and achievements

The Mosimann Collection is a source of true inspiration for anybody interested in the culinary industry. Through his personal collection of memorabilia, historic cookbooks, menus from around the world, and recipes, the Mosimann Collection offers a unique insight into the world of culinary arts. Chef Mosimann enjoys interacting with students on campus and is a regular guest speaker. He also serves as a member of the jury for various Culinary Arts Academy Switzerland cooking competitions.

Swiss Education Group and I share the same values and requirements for excellence, so it is to my partner of choice that I am entrusting a large part of my collection, which I have built up throughout my career. 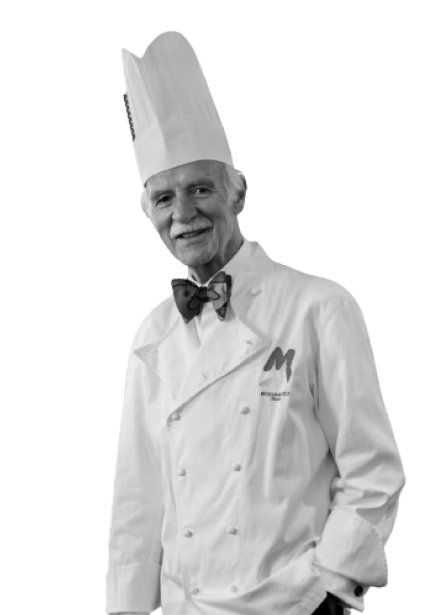