Breaking The Glass Ceiling In The Culinary World

Breaking The Glass Ceiling In The Culinary World

In the culinary world, women have culturally and socially been associated with the domestic sphere, where the responsibility for preparing family meals lies with them. Paradoxically, since its early days, professional cooking has been viewed as a masculine field. While the number of women chefs with Michelin stars has increased in recent years, they are still relatively few in number, partly due to lower numbers of female chefs. Women in top kitchen positions also tend to be paid substantially less than their male counterparts.

Three girls from various corners of India decided to counter the stereotype that professional kitchens are reserved to men.

Karishma Kothari, a recent graduate, and Riddhi Jalan and Diya Singh, currently enrolled, have all studied in the undergraduate program at Culinary Arts Academy Switzerland Le Bouveret, one of the finest culinary schools in the world, with state-of-the-art facilities and world-class faculty. Not only are these three girls overcoming the gender bias, but they are also striving to make a mark in the international hospitality market.

"The number of girls getting into the culinary industry is increasing. Their zeal and dedication are reflected in the fact that girls in the classrooms are outshining their male counterparts," says Diya. "Our faculty confirm that most of the girls work harder to diversify their talent and brighten the kitchen," says Karishma.

Their zeal and dedication are reflected in the fact that girls in the classrooms are outshining their male counterparts.

Current student Riddi Jalan commented that, “Girls are working hard to hone their passion and at the same time break the myth. Still, more girls are needed in restaurants to prove their worth and break the misconception.” 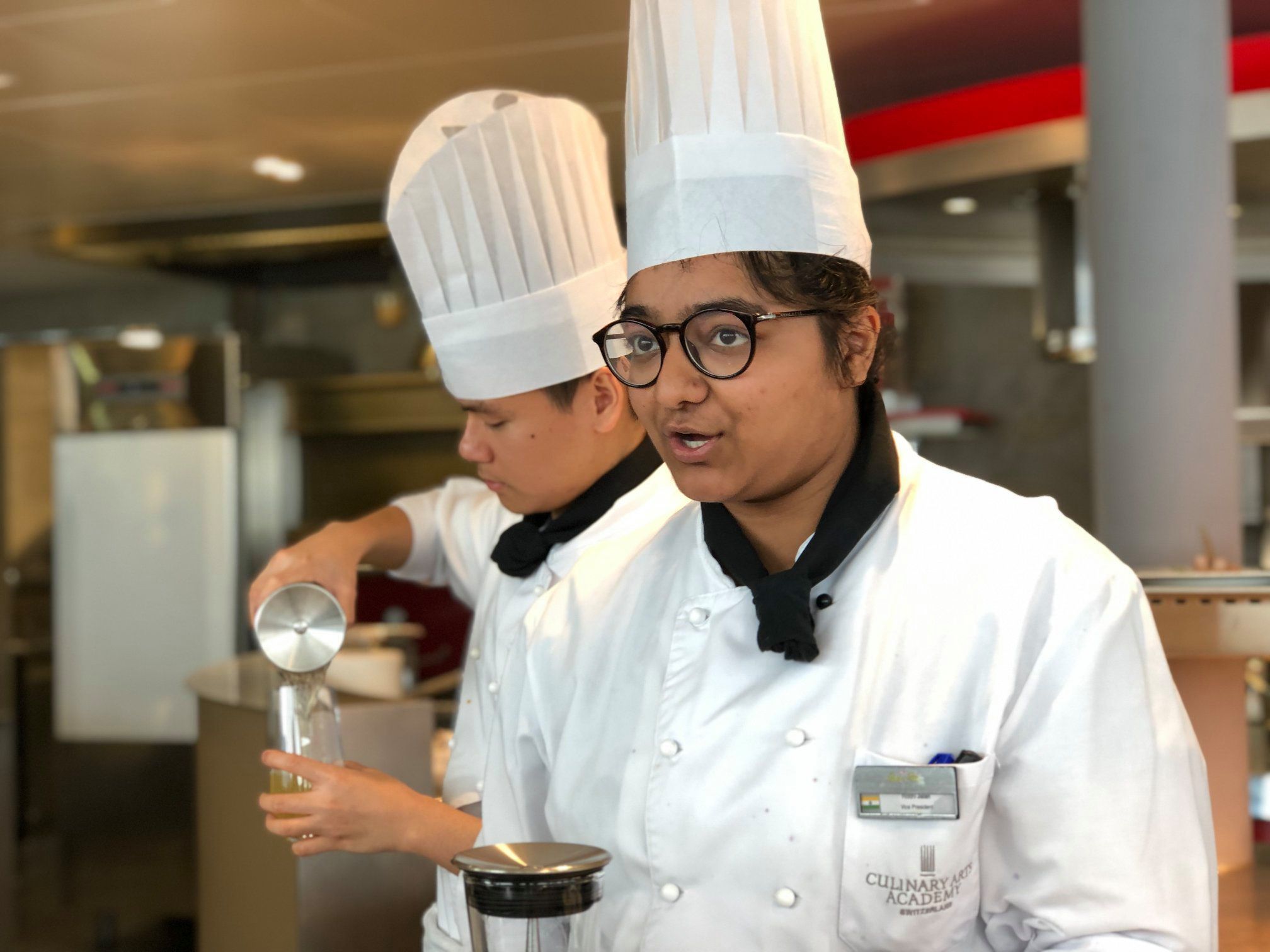 “We are very proud of the young women who break the glass ceiling and pursue their dreams of becoming chefs. We encourage and coach all of our students to follow their passion and achieve their dreams. One of our kitchens is even named after Irma Dutsch, the first Swiss woman to be awarded a Michelin star," Ms. Florenthal stated.

The rigorous training while studying here prepares you to work in any kitchen.

Studying at Culinary Arts Academy Switzerland is a life-changing experience, shares Karishma. Education from an international institute changes your perception towards life, it teaches you everything from management and the art of cooking, to soft skills and the ability to keep calm under pressure. "We also learn a lot during our internships, as it gives you a reality check. An intern has to put all their theoretical knowledge into practice," says Diya, "The rigorous training while studying here prepares you to work in any kitchen.” 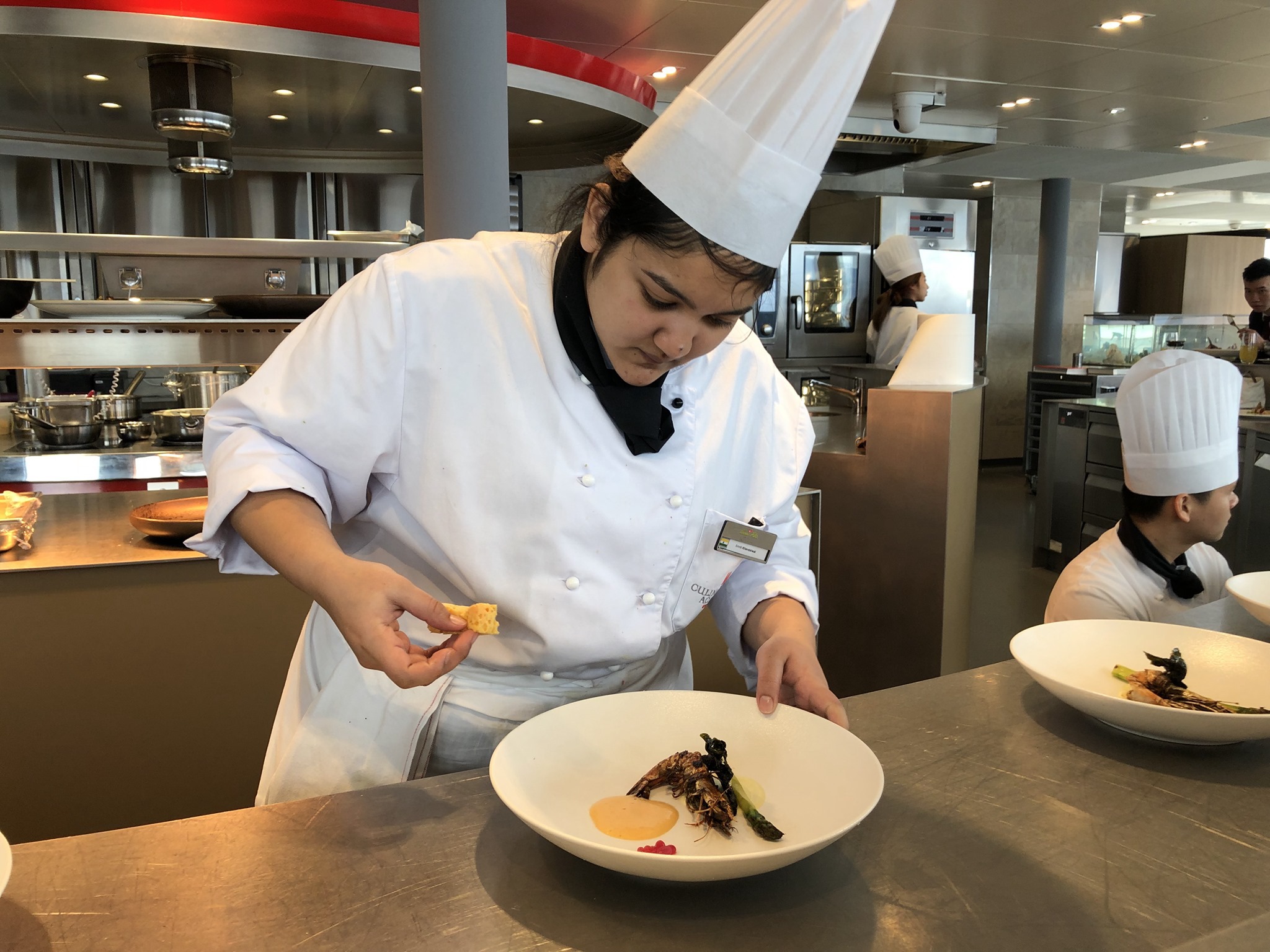 “I am really proud of our students Riddhi, Karishma, and Diya for serving as such fine role models, shares Tanja Florenthal. "Like in many professions in the world today, the glass ceiling is a reality and we need stories such as theirs to inspire many more female students to come forward to follow their dreams.”

Chef Garima Arora became the first Indian woman to win a Michelin star in 2019. Here’s to Riddhi, Karishma, and Diya, joining her ranks one day!

For more on women in culinary:

5 Tips for Women in Culinary Arts

What it Takes to be a Female Chef in Saudi Arabia