Food has always played a big role in Swiss Hotel Management School alumnus’ Alex Lee’s life. So imagine his surprise when he was offered the opportunity to host legendary Swiss Chef Anton Mosimann for one day in Korea during his tour of Asia to celebrate his 70th birthday!

“I found out that it was Chef Anton Mosimann’s first visit to South Korea and I wanted to show him authentic Korean hospitality. It was such an honour to host him in my home city and the 10 hours I spent with him and his lovely wife Kathryn was one of the most memorable experiences I’ve had.”

I met Chef Anton Mosimann and Kathryn at Conrad Seoul the morning after they had a long flight from Manila. Expecting to meet two tired and jet-lagged people, I was instead greeted by two enthusiastic individuals ready for a day of exploration.

We started off at the Noryangjin Fish Market - Seoul's oldest and largest indoor seafood market, housing over 700 vendors, bringing produce from fishing ports all over Korea. We saw a dizzying array of seafood and dived straight into tasting some fresh oysters, abalone and a Korean delicacy called sannakji (live octopus, which is made by cutting a small live octopus into small pieces and eating the pieces raw with various sauces. 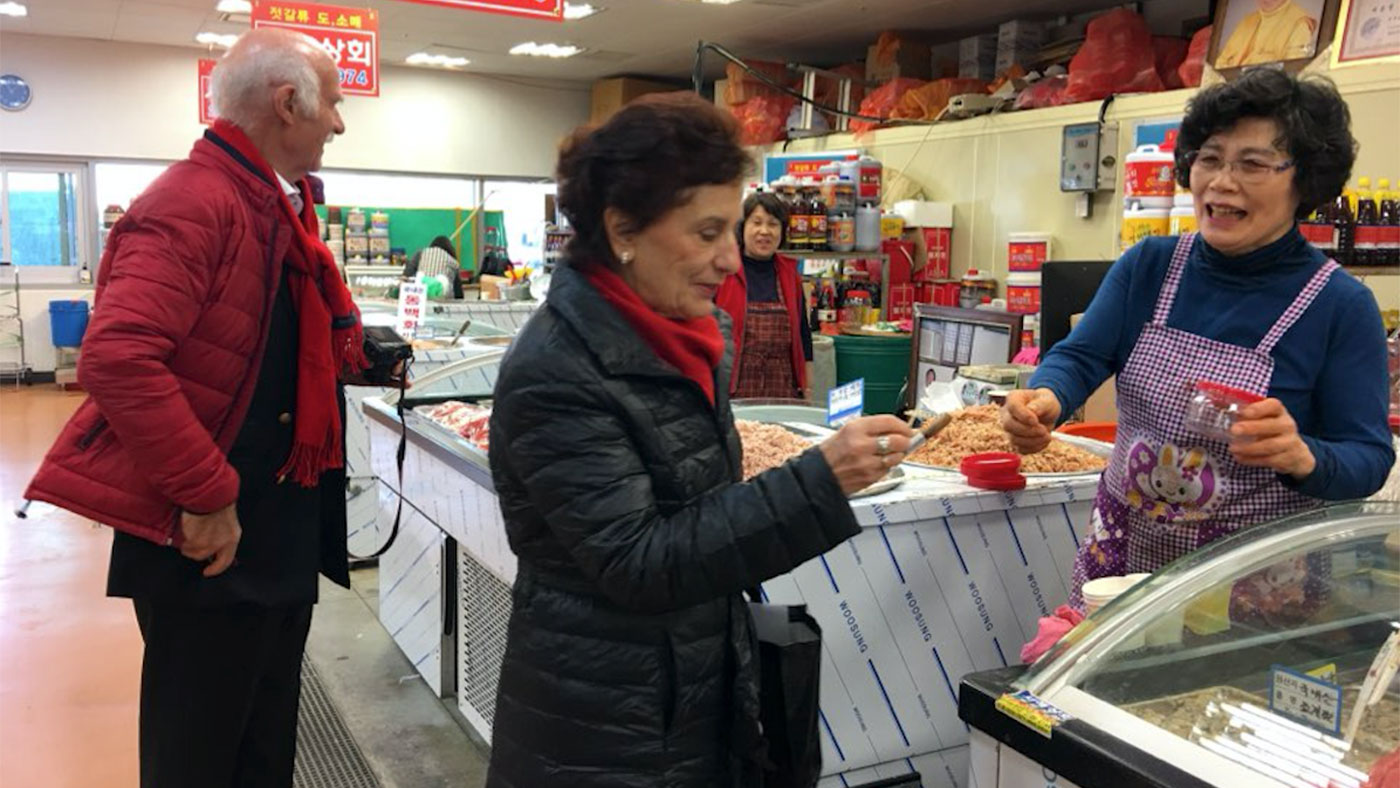 Following the adventurous start to the morning, we made a detour to Uhak Academy, an education consultancy that I started, promoting hospitality and culinary education to students.

“Having received a fantastic hospitality education myself in Switzerland, I wanted to contribute in some way by supporting the growth of the next generation of hospitality leaders from Korea.”

I worked in hotels and restaurants for over 10 years after graduation and I felt the experience I gained together with my Swiss education, would allow me to provide the right consultation to the younger generation who are keen to build their career in this industry. It was great having Chef Anton Mosimann visit our office as we showed him the work we were doing to promote hospitality education in Switzerland and also to hear his expertise about the industry. 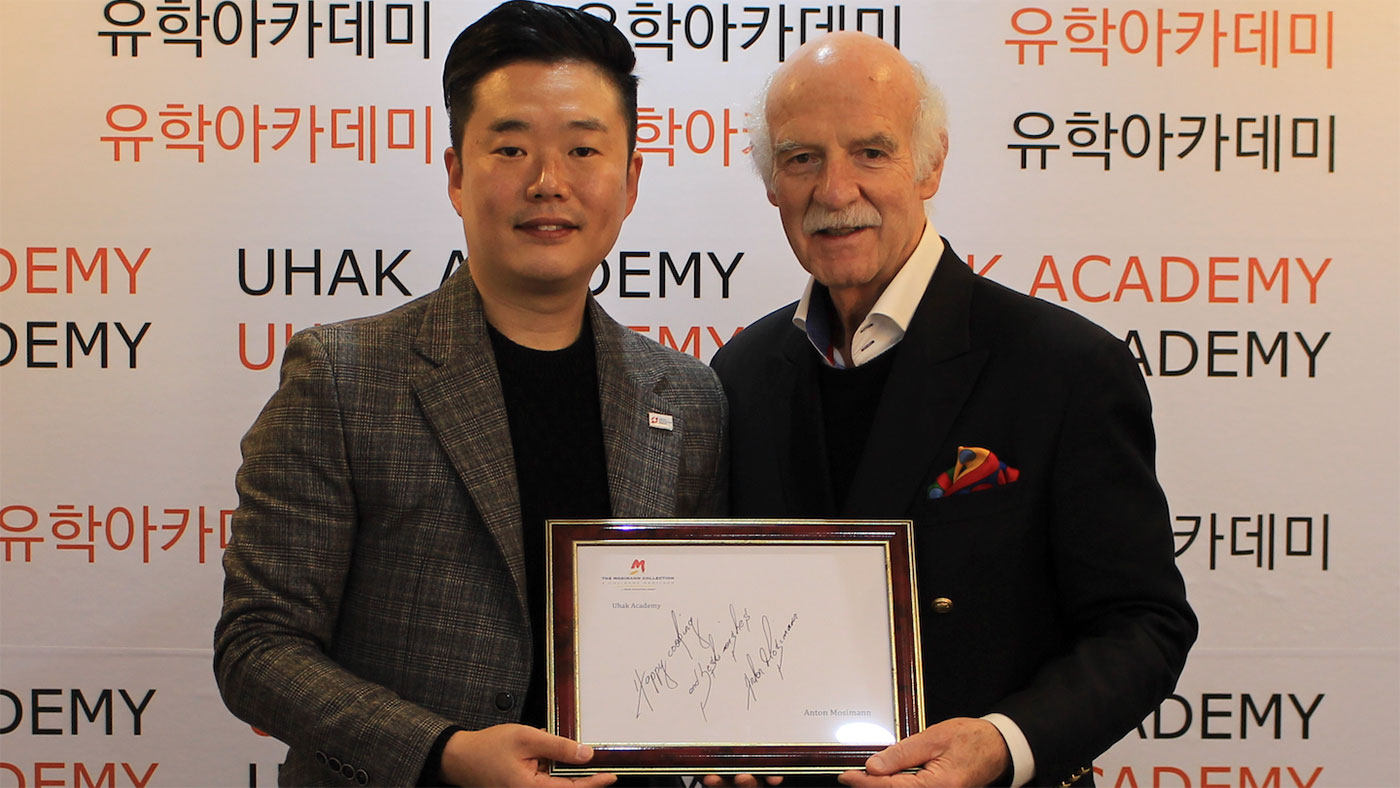 I knew one of Chef Anton Mosimann’s career accomplishments was as the Maître Chef des Cuisines at The Dorchester in London where the restaurant received a 2 Michelin star rating - the first hotel restaurant outside France to obtain it. So I thought it would be interesting to show him two of the most popular Michelin-starred restaurants in Seoul; La Yeon a 3-starred Michelin restaurant at Hotel Shilla and Pierre Gagnaire À Seoul a 2-starred Michelin restaurant at Hotel Lotte. It turned out to be a fantastic experience, especially the private restaurant tour we received at Pierre Gagnaire À Seoul, which brought back memories of his time managing a Michelin-starred restaurant in London.

We then continued exploring Seoul at the Gwangjang Market – the oldest functioning market in South Korea. The market is massive and has vendors selling anything from fruits and vegetables to seafood, meat, textiles, handicrafts, kitchenware and of course, Korean street food. It is often said that if you love to eat, then you must visit Gwangjang Market and boy did we eat! Chef Anton Mosimann and Kathryn were both impressed by the sheer size of the market and enjoyed observing the vendors selling their daily fresh produce. I also got them to try bindaetteok (mung bean pancake), an iconic Korean street food that is popular at Gwangjang Market.

After filling our stomachs we visited the Bukchon Hanok Village, a traditional and historic Korean village, reflecting 600 years of Seoul’s history. Unlike other hanok (traditional house) villages, Bukchon Hanok Village is is a residential area that is home to many people living in Seoul. Here, we admired traditional Korean architecture and explored the narrow streets and alleys that were lined with art galleries, restaurants and teahouses. 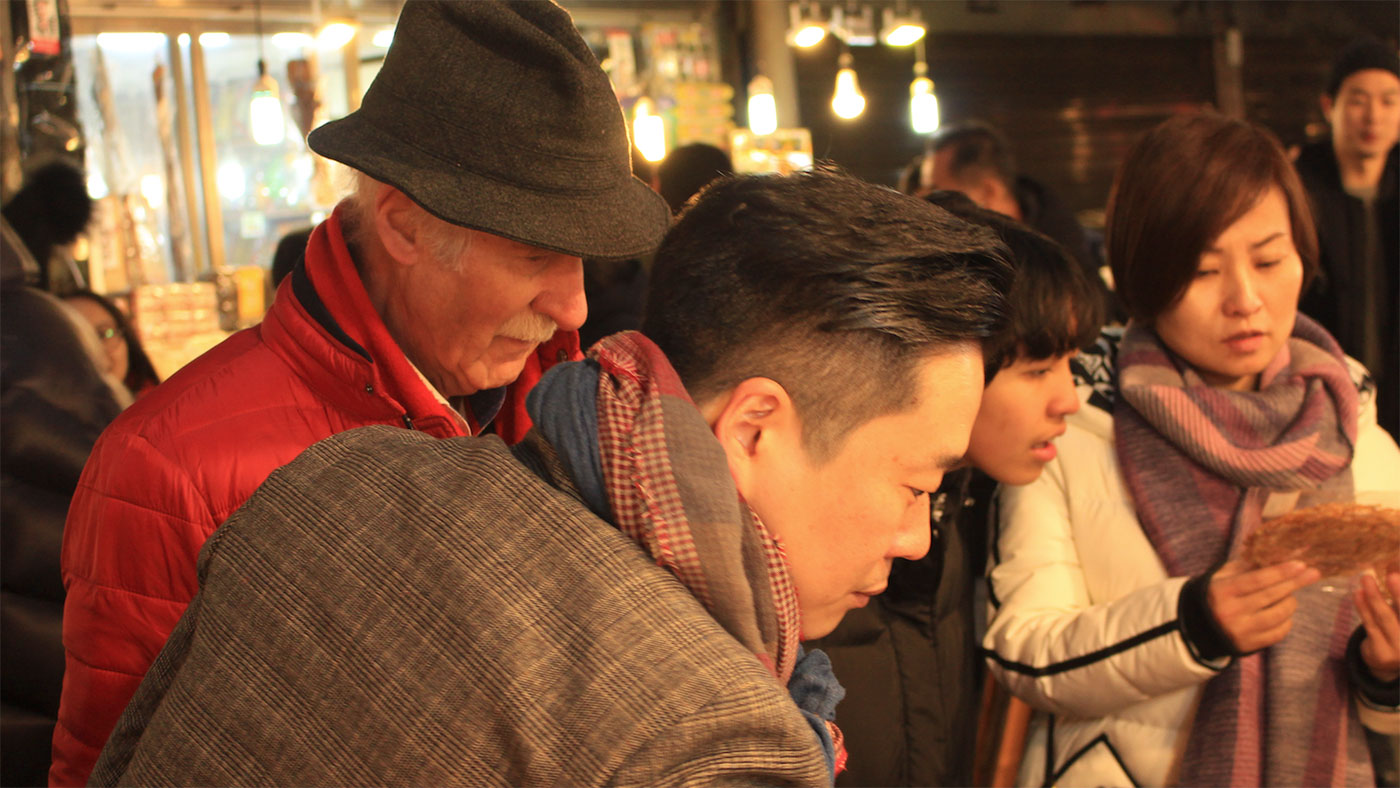 Before our day in Seoul came to an end I brought Chef Anton Mosimann and Kathryn to a traditional Korean restaurant Seolgaon, where we feasted on a 16-course menu highlighting the flavours of Korea. I could tell Chef Anton Mosimann was fascinated by the food, taking time to take pictures of every dish that was presented to us.

“At the end of the meal, Chef Anton Mosimann remarked that it was one of the best meals he’s had in Asia as it was light on the seasoning and really brought out the flavours of the ingredients used – very similar to his signature style cuisine naturelle.”

As our amazing day of exploration was coming to an end, it was time for me to bid farewell to Chef Anton Mosimann and Kathryn. It was a wonderful experience playing guide to this chef extraordinaire and his charming wife and I was blown away by their humility, generosity and genuine curiosity to learn more about my city. Au revoir and I hope to welcome them to Seoul again! 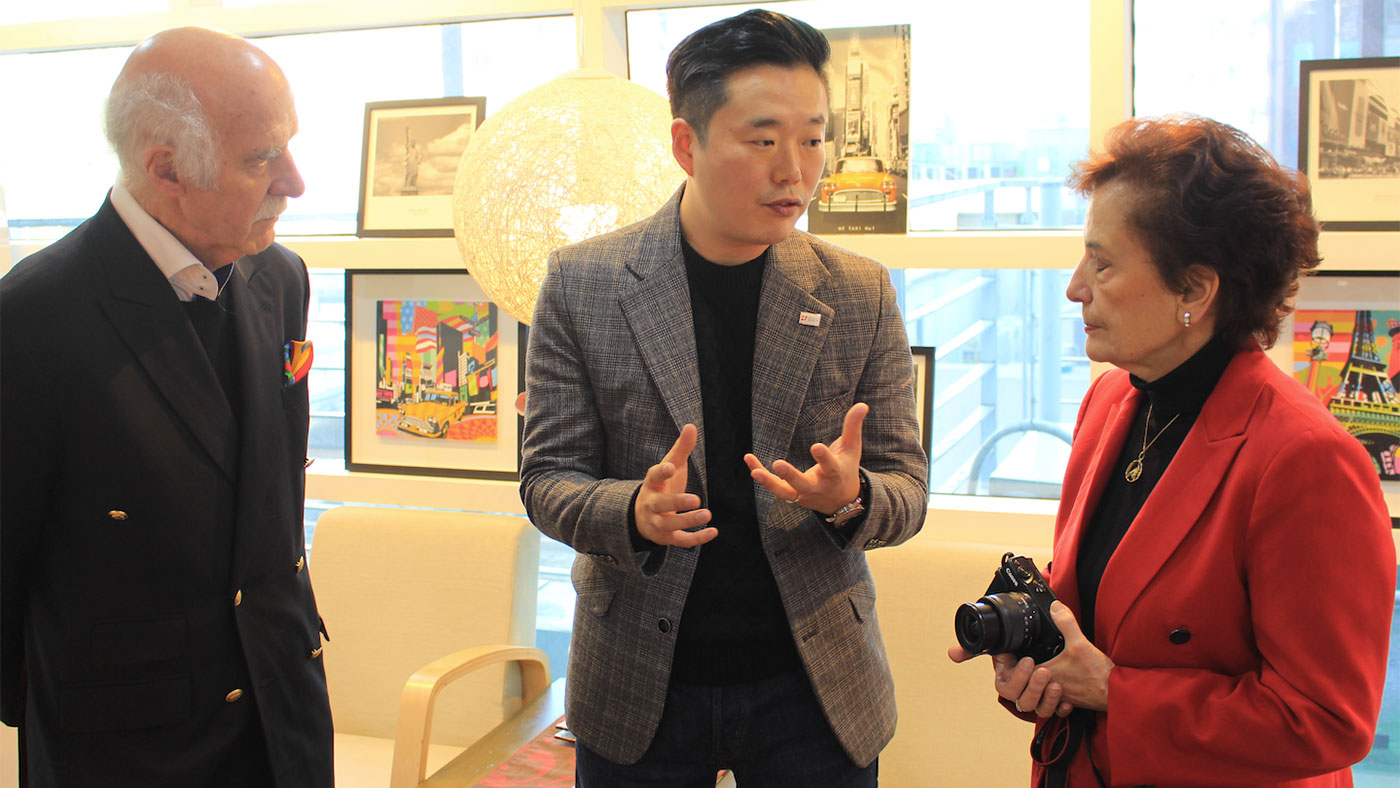